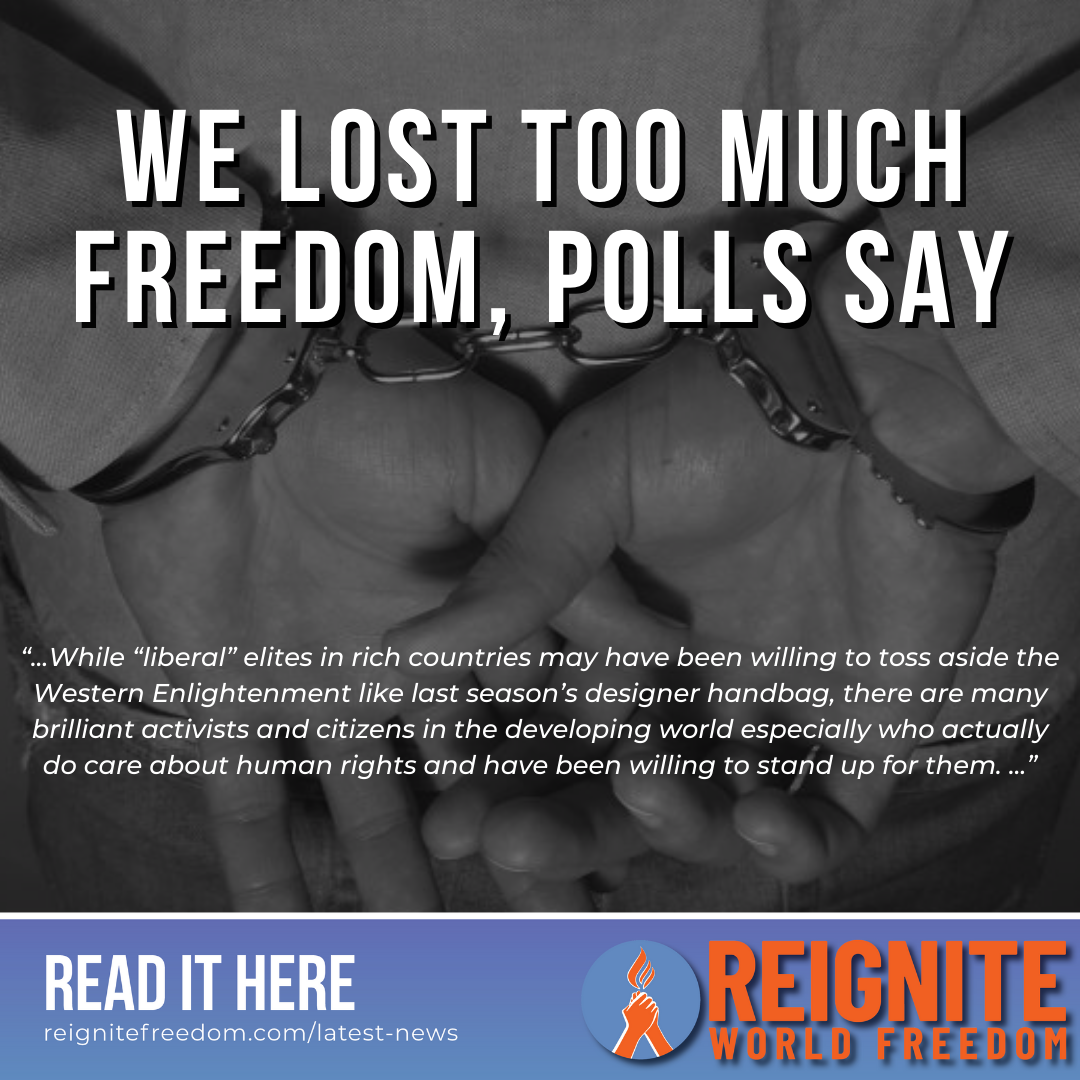 We Lost Too Much Freedom, Polls Say

In a recent survey taken as part of the 2022 Democracy Perception Index, the vast majority of respondents agreed with the prompt, “My government has done too much to limit people’s freedoms during the coronavirus crisis.”

This is a major, welcome change from surveys conducted in prior years, generally at a national level, in which respondents tended to say that their governments were doing as much or less than they should to fight Covid.

The results are based on population-normalized interviews with 52,785 respondents from 53 countries between March 30 and May 10, 2022. Notably, of the 53 countries surveyed, Taiwan, Sweden, and China were the only three in which a majority didn’t think their governments limited freedom too much. (Sweden, of course, had no lockdowns and few mandates to speak of—and China is, well, China…)

The Democracy Perception Index is one of the most high-level global policy surveys, so you can be sure the results will be seen by those who consider themselves “elites” all over the world. This is doubtless why the results to this particular poll question were relegated, somewhat comically, to page 71 of the 78-page report. Not the news their globalist bosses wanted to hear.

This poll may be the most promising news we’ve seen since Covid began. As lonely as it may sometimes seem being an anti-lockdown activist, these poll results go to show that it’s not just a handful of us who feel as we do—it’s actually billions. In India, especially, an overwhelming majority of respondents agreed that the government took away too much freedom during Covid, which is unsurprising when remembering scenes like these during lockdown.

While “liberal” elites in rich countries may have been willing to toss aside the Western Enlightenment like last season’s designer handbag, there are many brilliant activists and citizens in the developing world especially who actually do care about human rights and have been willing to stand up for them. This is also why African nations recently forced the WHO into a humiliating backdown on the passage of its pandemic treaty.

At this point, there’s not much that either we or our opponents can do that will affect this billions-strong tide. No doubt there will be more restrictions during the coming season, especially in left-leaning states and countries. But the people have woken up, and they’ve had enough of Covid tyranny. The biomedical security state’s referendum on human rights is going up in flames.