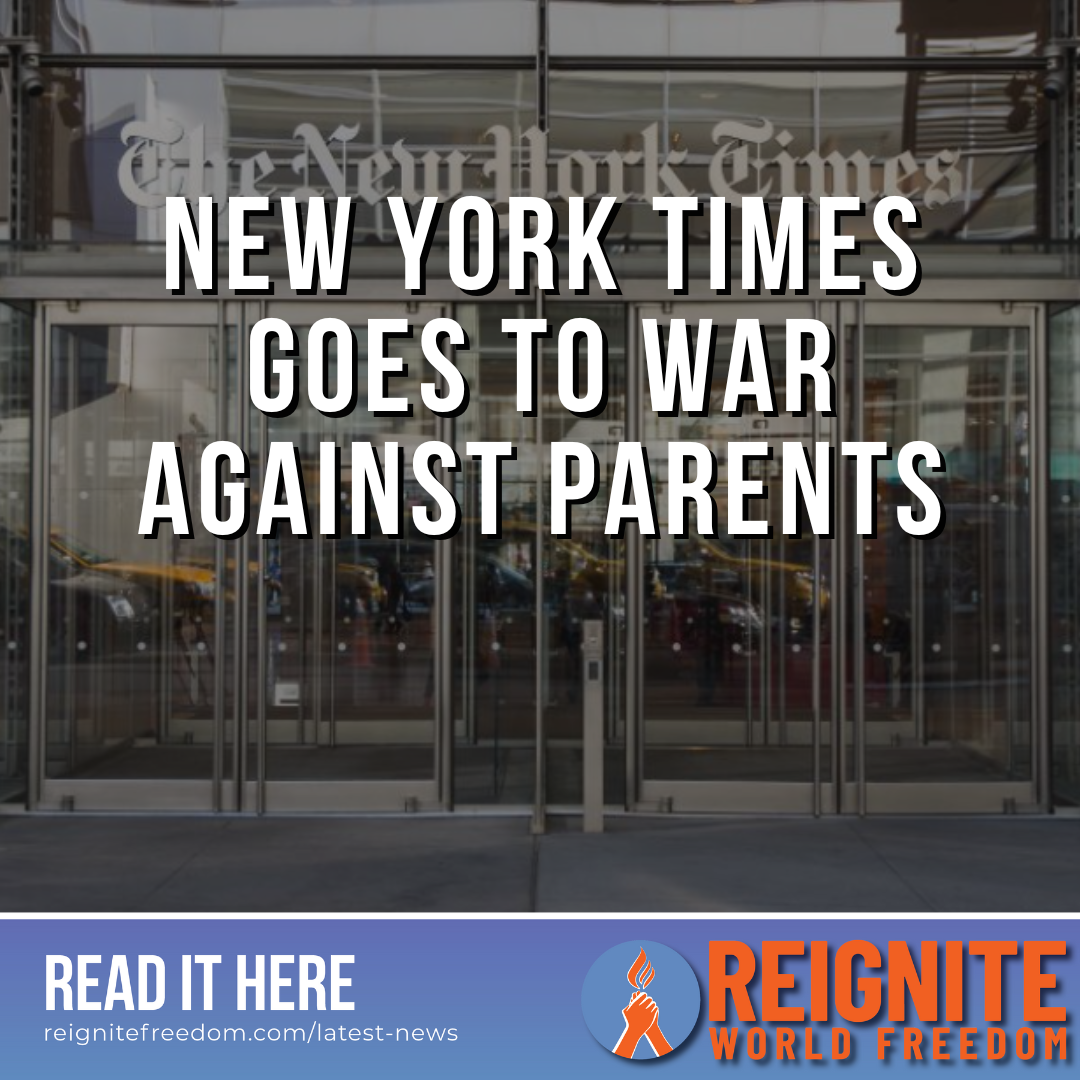 Amid the New York Times’ ongoing bewilderment at anyone opposed to the wholesale reorganization of western civilization around prevention of a single respiratory virus, Sheera Frenkel has penned what may be the publication’s most embarrassing article to date: A full-on hit piece against parents whose politics changed during Covid out of antipathy to school closures and mandates.

Frenkel expresses her puzzlement at the basic instincts shown by these parents to defend and protect their children, even at the expense of other political preferences:

Almost everyone in the crowd of more than three dozen was a parent. And as they protested on a recent Friday in the Bay Area suburb of Orinda, Calif., they had the same refrain: They were there for their children.

Most had never been to a political rally before. But after seeing their children isolated and despondent early in the coronavirus pandemic, they despaired, they said. On Facebook, they found other worried parents who sympathized with them. They shared notes and online articles — many of them misleading — about the reopening of schools and the efficacy of vaccines and masks. Soon, those issues crowded out other concerns.

In the Times’ view, the protective instincts of these poor, benighted parents soon led them down a rabbit hole of QAnon-style anti-vaccine cultism:

Ms. Longnecker and her fellow objectors are part of a potentially destabilizing new movement: parents who joined the anti-vaccine and anti-mask cause during the pandemic, narrowing their political beliefs to a single-minded obsession over those issues. Their thinking hardened even as Covid-19 restrictions and mandates were eased and lifted, cementing in some cases into a skepticism of all vaccines.

Nearly half of Americans oppose masking and a similar share is against vaccine mandates for schoolchildren, polls show. But what is obscured in those numbers is the intensity with which some parents have embraced these views. While they once described themselves as Republicans or Democrats, they now identify as independents who plan to vote based solely on vaccine policies.

But worse yet, in their baffling zeal to prevent the state from using an indefinite state of emergency to terrify, harm, and indoctrinate their children, these parents have become radicalized, creating a fanatical and unpredictable new political movement that threatens the Democratic Party’s sacred cows and, even worse, the job security of its cadres:

Nearly half of Americans oppose masking and a similar share is against vaccine mandates for schoolchildren, polls show. But what is obscured in those numbers is the intensity with which some parents have embraced these views. While they once described themselves as Republicans or Democrats, they now identify as independents who plan to vote based solely on vaccine policies.

Their transformation injects an unpredictable element into November’s midterm elections. Fueled by a sense of righteousness after Covid vaccine and mask mandates ended, many of these parents have become increasingly dogmatic, convinced that unless they act, new mandates will be passed after the midterms.

To back up their beliefs, some have organized rallies and disrupted local school board meetings. Others are raising money for anti-mask and anti-vaccine candidates like J.D. Vance, the Republican nominee for Senate in Ohio; Reinette Senum, an independent running for governor in California; and Rob Astorino, a Republican gubernatorial candidate in New York.

In Frenkel’s view, these parents have embraced anti-vaccine fanaticism, regardless of whether they actually say so or even tell her as much in their interviews with her:

The Times has a long history of striving for excellence, and in this pursuit they’ve outdone themselves with an exciting new entrant in the competition for Worst Article of All Time. Apparently, the Democrats’ strategy going into the midterms is to gaslight their base into believing concerns over their children’s education, wellbeing, and safety during Covid are nothing but an initiation into a dark underworld of cult-like anti-vaccine radicalism. We’ll see how that works out for ’em.